LOVE Island star Dami Hope has revealed plans to build a house for himself and Indiyah in Ireland.

The pair were recently spotted visiting Dami’s home country after their time in the villa.

Dubliner Dami gave fans an insight into what they got up to including dropping by Temple Bar as well as Dundrum Shopping Centre.

In a YouTube video, Dami said: “We’ve had a great time. She’s bare [very] silent because she doesn’t want to leave.

“But it’s time to leave, time to get back to the busy lifestyle.”

Indiyah added: “I had such a good time.” 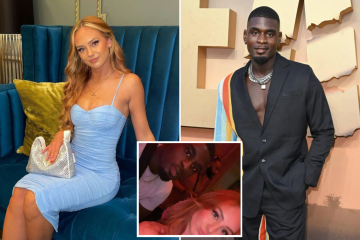 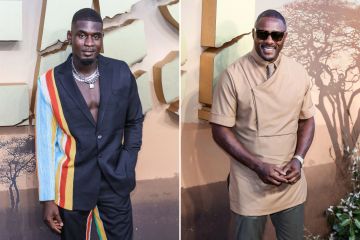 When he asked if she would come back again, Indiyah answered: “Absolutely.

“I think it’s such a nice getaway and because it’s obviously home for you.

“When we get stressed, we’ll just come here to Ireland.”

Dami then suggested they have a more permanent place to come back to.

He said: “It’s not too far. I think we’re going to build a house out here now as well.”

Indiyah agreed. She said: “”Yeah, I think we should.

“So when we come back we have somewhere to stay, to a get away that’s just ours.”

However she insisted: “I’m still British, I’m still a Londoner at heart guys, don’t get it twisted. I’m from South London forever and always.”

This comes after Dami previously revealed he’d turn down Dancing With The Stars as it would mean spending time away from girlfriend Indiyah Polack.

The Dublin man, 26, and his London girlfriend 22, hooked up in the villa and have been dating ever since.

Now Dami has revealed he is so committed to Indiyah, he doesn’t want to risk it all by spending months in Ireland, competing on the popular RTE dance show.

Dami told The Irish Sun: “I haven’t given Dancing With The Stars a decision yet but, because I have a girlfriend in the UK, I don’t think she’d be too happy only seeing me once or twice a month.

“There’s a lot of commitment to coming back to Ireland to do DWTS. It would also mean I wouldn’t be able to do the fashion stuff I’m trying to do, my podcasts, YouTubes or any social media because I’d be spending all my time learning to dance.”